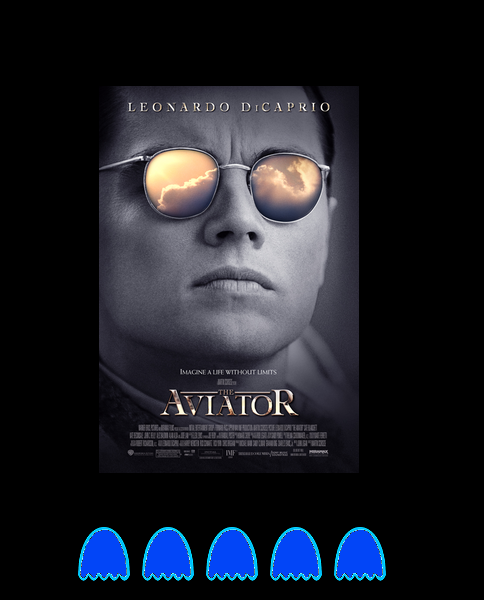 Written by Another Memory EndsPosted on July 31, 2020Leave a comment

I remember watching this movie in the theater when it came out. It was quite different than anything I had seen before, I didn’t expect to see a movie like this and it turned out I was really fascinated by it.

The Aviator portrays part of the life of aviation magnate and Hollywood director Howard Hughes, witnessing his triumphs and tragedies, intertwined with romances with the most famous women of his time.

The Bad: I have nothing to say here

The Good: Obviously Leonardo DiCaprio’s performance is quite riveting, but the rest of the cast (Cate Blanchett, Kate Beckinsale 😍, Alan Alda and Alec Baldwin) is just as splendid. Visually it’s quite the spectacle, from the two-color palette at the beginning, to the planes, the cars, the costumes, the music, everything is done to transport you to Hollywood in the mid-19th century.

My opinion: This movie does it all, it is exhilarating, funny, sad, dramatic, charming, intimate, disturbing, and more… It is well over two hours, and it’s never boring. It has this ethereal quality, plays a bit like a dream. The depiction of Howard’s mental issue is most fascinating, because it succeeds at making very uncomfortable, almost queasy at times.

One of my favorite film by Martin Scorcese. If I had to sum it up I’d just say epic.