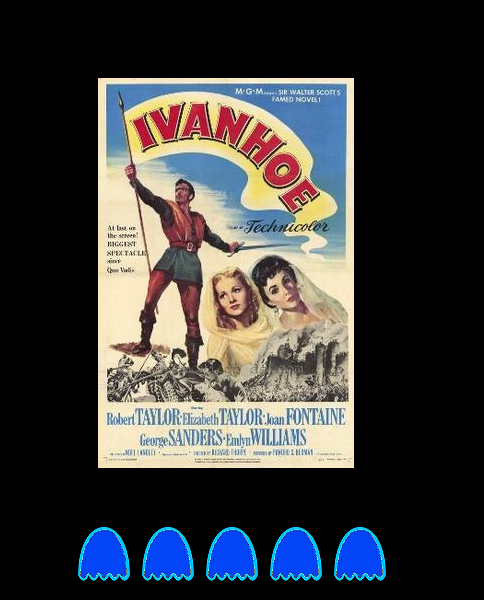 Written by Another Memory Ends

This is one of my childhood movies. It filled me with a sense of wonder, gave me a love for medieval adventures, that lasts to this day. So forget all objectivity here (even more than usual).

Returning from the Crusades, England king Richard the Lionheart is held captive in Austria, and his brother Prince John, wanting to seize the throne, is refusing to pay the ransom. Richard’s most loyal knight, the Saxon Ivanhoe, vows to free his king and fight John and his Norman knights.

The Bad: Nothing, I like everything! Really not objective I know…

The Good: Too many to chose from, see below.

My opinion: An epic tale of chivalry from the golden age of Hollywood. One of my favorites.

Here is a non-exhaustive list of what I love in the movie: