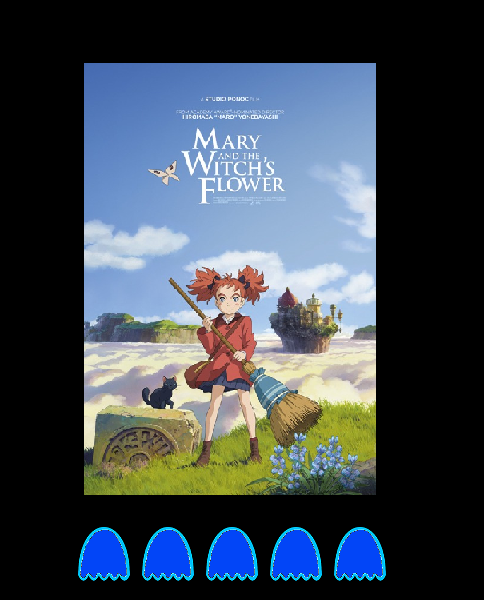 Written by Another Memory Ends

High praise for an incredible animation movie about a young girl, a broomstick, cats, flowers, and what else? Ah yes Magic!

Sometimes I find my own behaviour very weird and inconsistent. I absolutely adore Studio Ghibli‘s work. I own almost all movies directed by Hayao Miyazaki.
So I should have been aware of Studio Ponoc‘s first feature film, and about this new venture started by former Ghibli employees.
But I wasn’t, and I went to the theater knowing almost nothing about the movie (that never happens, but this time I was just accompanying my girlfriend). I only knew it was a Japanese animation movie, not much else.

Well what a nice surprise it was! I just re-watched the movie on Blu-ray, and like it even better the second time.

Keeping some mystery is often a win

The visuals are just amazing, you definitely see the Ghibli resemblance, but it also manages to find to its own visual identity.
The “magic” visuals, and supernatural places like the extraordinary Endor academy, are as beautiful, if not less, as the more quiet, “natural” scenes, in gardens, forests, clouds. Those are just gorgeous.
The music throughout is very good, especially the eerie one at the beginning.
The story is quite simple at its core, yet very effective. Mary is a charming character, and you enjoy following her journey. The rest of the cast is great too (the cats, even the damn broom!).

One thing I really enjoy is that the movie keeps a shroud of mystrery about the magic world.
You’re only shown glimpses of it, you get a sense there are a lot of history and wonders in this world.
It makes you want to know more, to see more, and that’s a nice feeling not being given everything. It keeps an aura of mystery around this universe, I definitely enjoy that sort of restraint because it stimulates your imagination.

There are very dark underlying tones to the story at times (especially that ruthless child sacrifice for experiments thing). I wished it was developed a bit more, but I get the source materials is a children’s book (although I have no idea if the evil in the movie was downplayed or not).
But as usual with that type of Japanese animation, it’s refreshing to see something more nuanced, as opposed to traditional american animation.

Many will have noticed lots of similarities between this story and the world famous series of books and movies about another young English child thrown in a world a magic. The most blatant example would be the resemblance between Endor academy and Hogwarts. We can play a fun little imagination game of “What came first?”

Were the artists in Studio Ponoc (too) heavily influenced by Harry Potter books and movies, or did good old JK read The Little Broomstick a bit too much and “borrowed” a lot of ideas for her own novels?
We’ll probably never know… (I know what I think though…)

But this exists well on its own, and overall is a great addition to the my list of much-loved Japanese animation pictures.