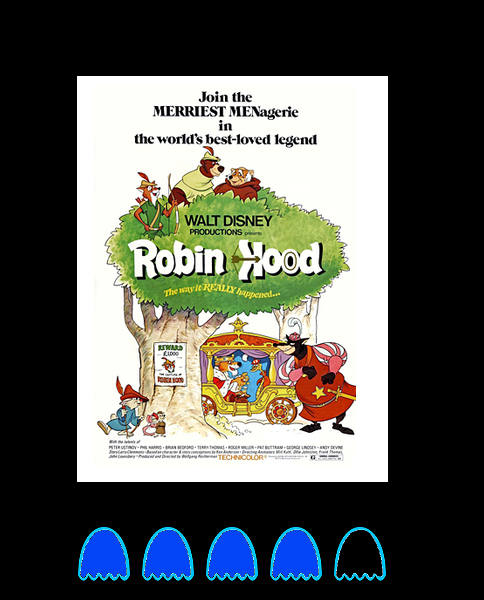 Once again watching this classic take on Robin’s hood legend.

The phony king of England

I’m probably super biased on this one. I have seen it countless times when I was a kid.
Nonetheless it’s still a great time watching it now.

I like the songs, the animation is top notch. The visual storytelling is very impressive. The mashup of human emotions on those anthropomorphized animals is just stunning.

Robin Hood, Little John and Maid Marian are great heroes, but the villains in this movie are particularly well done.
Sir Hiss is one of my all-time favorite Disney characters. Prince John is a ridiculous coward, that you can make fun of, but a convincing threat when he shows his tyrannical side.

Not much else I can say about it, it’s among the best Disney animation movies, and definitely a great Robin Hood adaptation.