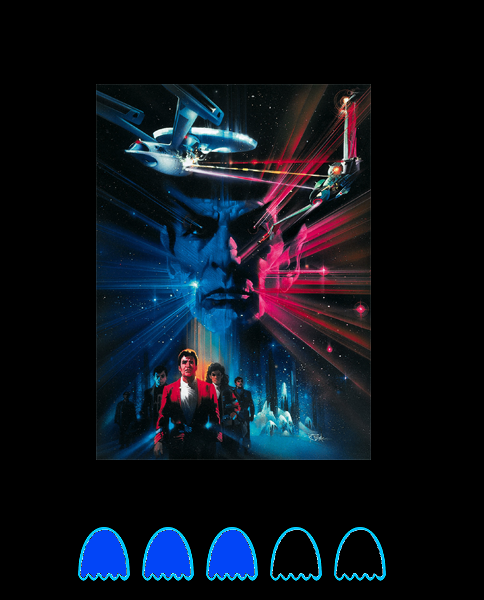 Spock is dead. Well just his body, his mind is in McCoy’s head. No wait his body is available too? Let’s go get him!

Our heroes come back in a third movie, the middle episode of the three part story arc started with Wrath of Khan.
A notable change, Leonard Nimoy is now director.

The story picks up after the tragic demise of Spock, and
Starfleet in turmoil after people learn of the Genesis device.

Thank god they can spell Genisys right. No wait….

Though the weakest of the “trilogy”, this movie offers some great moments:

As usual, the models are still a delight to look at, now adding the Klingon Bird of Prey and the USS Excelsior.

Beautiful scenery on the Genesis planet, and on Vulcan too.

Good performance by Christopher Lloyd as Kruge. William Shatner does great as usual.

Now for the things that I didn’t quite enjoy.

Overall it looks like it has more bad than good, but it’s probably suffering from the comparison with Wrath of Khan.
But it would be a shame to skip it, especially with its ties to the (great) next episode!